Choosing Shower Doors: Why Sliding Doors Are A Good Option

During a bathroom remodel, you'll be faced with a lot of decisions. One of the most significant is the structure of your shower. If you've been dealing with the traditional curtain-style shower, or you are looking to install an enclosure in a bathroom that's tight on space, you might be looking for an alternative that doesn't include hinged shower doors. Sliding shower doors are a lesser-known but equally effective alternative. Here's a look at some of the things you should know about what makes sliding shower doors such a great option.

One of the biggest challenges with traditional shower doors is the fact that they open outward on a hinge. This requires you to have sufficient clear space on the other side of the shower for that door to open freely. If you're installing a new shower enclosure in a bathroom that doesn't have a lot of extra space, you should think about sliding shower doors instead. They stay contained to the track of the shower enclosure, so you don't need the extra space in front of the enclosure.

If you've ever struggled to get soap scum and mildew out of the hinges of a shower door, you know how hard those traditional hinged doors can be to clean. The same applies to shower curtains, which often build up mildew, soap scum, and slime. If you're tired of taking the shower curtain down to try to scrub it and keep it clean, or you've had enough of fighting with the buildup in the hinges of your traditional shower door, consider sliding shower doors instead.

You can slide them open to clean the sliding track, and then close them to clean the glass of each door. It's much easier to keep these doors clean than shower curtains or hinged shower doors.

If you've ever gotten out of the shower only to find that your shower door allowed water to splash out through the cracks along the door, or your shower curtain wasn't containing the water the way that it should, you should think about investing in sliding shower doors. These doors have a track that keeps the water from seeping underneath the door, and they close completely into a track that keeps water from getting out around the edges, too. If you want to keep the water in your shower enclosure and off the floor, sliding shower doors are a great way to do it. 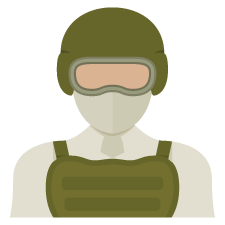 The doors in your home can actually be rather dangerous if you have a toddler moving about. Have you taken all of the preventative measures to ensure that your toddler doesn't get his or her fingers pinched in the door, open or close a door that he or she shouldn't and cannot get locked in a room that you cannot unlock? The purpose of my blog is to inform parents of the dangers acquainted with toddlers and doors. I began learning about these safety issues after my son broke three of his fingers in a slammed door. Hopefully, you can learn everything you need to keep your toddler safe in your home.